The Stopping Point is the Starting Position

One Friday you were working on a detail section of an exit stair, your third of the past week and your fortieth of your architectural career. You were trying to keep your head in the drawing, keeping your focus sharp, but you can’t help but feel the general sense of unrest in the office.

Two cubes over, a work-friend had been called into one of the principals’ office. When that work-friend came back, his head had been hanging low, and he hadn’t met anyone’s questioning gaze. When he started cleaning up his desk, you knew that this was the day you have feared for the past six months. Work was drying up, and you noticed more and more colleagues looking blankly at their computer screens for hours. That Friday was Axe Day, and you prayed that you wouldn’t get called into the principals’ office.

But you did get called. The principal was kind, acknowledging that it hadn’t been your fault that the economy had taken a nose-dive. It wasn’t your fault that your firm specialized in high-rise residential projects, and that the bubble for such projects had just burst. Loud and fierce.

But, the principal went on to explain, there was really nothing else that could be done at this point but trim payroll. You were thanked for your valued service, assured that when business picked up you would be called. But you were also asked for your office key and parking card. You were assured that you would get paid for the rest of the day, but that you could leave with your desk contents at your earliest convenience. You were given a packet explaining your options on how to COBRA your health insurance, roll over your retirement account.

What now? Well, you will run through the Grief Cycle.

Shock: You are numbed, paralyzed. You move through a gray emotional soup, unfeeling, poised over an abyss.

Denial: The mind kicks into gear, spinning up various scenarios in which what is, isn’t.

Anger: Ah, now we’re getting somewhere, it just isn’t clear where except that you’ve found someone to blame. Your supervisor, the Republicans, the Democrats, Ralph Nader, your third grade teacher, your mother/father/step-father/football coach in high school, ex-wife, the Managing Partner, The Firm, or, or… Aha! Yourself. There it is – self-blame. It’s a reliable and renewable abuse object, oneself. More on that later.

Bargaining: Another aspect of denial, a pointless effort of the imagination to seek a way out that comes in the form of ‘If…then’ thoughts. ‘If only I had x, y or z, then this wouldn’t be going on…’

Depression: The truth sinks in, the gravity and inevitability of the loss hits home.

Testing: Various realistic solutions are beginning to appear, and are considered

Acceptance: Ties are cut with what is gone, realistic solutions are undertaken, and a commitment to the here-and-now takes hold.

It is important to remember this cycle does not progress in an orderly, checklist way. Rather it moves as a jumble of cycles, back and forth through a number of different phases, but with an overall progressive journey toward the final resolution of the loss.

Also worth remembering is that the feelings of loss, sadness, the overwhelming grief, fully felt (tears, sobbing, feelings of profound helplessness) is precisely what needs to happen, as those feelings, while signaling the end of something, are also the onset of healing.

Remember the part about self-blame? Think of it this way: the mind, while still clouded with shock and denial, seeks to reclaim some sense of control over the universe. The lay-off, in a sense, was a loss of control. The mind wants that control back. It thinks, “Let’s see, who was in control of this universe before the lay-off? Oh, yeah, I was. So, who

fell asleep at the wheel? You guessed it, I did. Therefore, I am to blame, and it is I who will get the emotional butt kicking.”

“I really shouldn’t have forwarded that YouTube of the guinea pig to everyone in the office.”

“I could have worked faster. I should have responded to that RFI sooner.”

“I should have been paying attention to the signs and had my resume ready.”

And the mind does this to itself over, and over, over and over until…

Somehow, that next phase in the cycle moves to the fore, and the mind begins to see that it had very little control over this; it does not control the universe, and it can let go of this three-year-old’s assumptions about its centrality in it. Now it’s free to seek solutions, less encumbered by self-blame.

Really, is blaming oneself going to change the economy, find a new job, or put you back in the driver’s seat at the center of the universe? Of course not, it will only keep you rooted to your inertia and postpone the search for a new job or beginning a new career – i.e., getting on with it. Be aware, self-blame is a stopping point on the way to recovery.

And in a way, this stage can be seen as an opportunity for self-improvement. Could you have spent less time on Facebook? Could you have responded to that RFI sooner? Maybe these little things, after looking at them realistically, didn’t get you fired – maybe that’s an overstatement. But maybe in your quest to be the best architect you can be, you can watch your time on the internet or pay closer attention to your RFI log.

Above all, though: You have to go there, so you can move on.

Stop, have a look, move on. Good luck to you in your new job, life, career, relationship, enterprise, or whatever it might be. 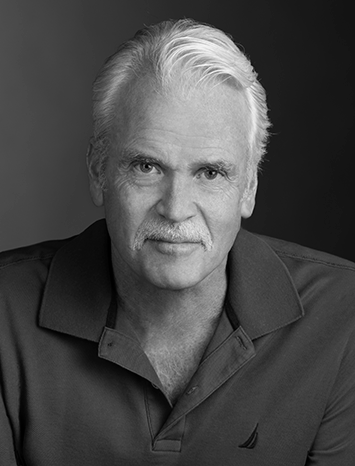